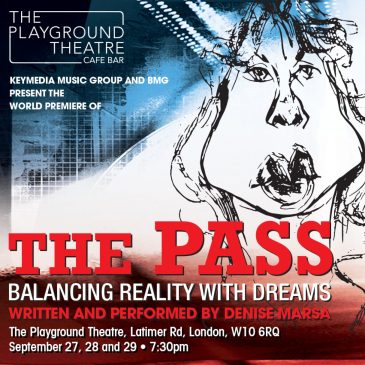 Words can barely describe how I feel having performed the first ever performance of The Pass on September 27, 218. There were friends in the audience I had not seen for years and I had my niece Stephanie Colorado Trachtenberg and my BMG publisher Kris Munoz by my side, and they were a huge support!  And having the incredible Tracy Stark as my comrade in arms…well it just doesn’t get any better! I was extremely emotional when I read the first from Chris Omaweng London Theatre 1 .

I also did a TV show (London Live TV)  and that was so cool! There was one young lady at a computer and cameras moving in and out on tracks, without people sitting behind them, as it was when I last did a TV interview or performance. Technology!

Yesterday I did some sight seeing (Buckingham Palace) and shopping (Covent Garden) – we had great fun!